The Two Effects of Jet Lag

Everyone who has travelled in an airplane is familiar with jet lag. True, the effect only applies when travelling east or west. But jet lag is so pervasive and annoying—not to mention a safety risk for pilots—that it merits serious discussion.

Jet Lag Defined
Technically, jet lag is known as circadian desynchrony. At its core, the condition results from the fact that it takes our body more time to adjust its internal clock to a new time zone than it does to fly there.

This internal clock is located in a region of the brain called the suprachiasmatic nucleus. It governs many important processes in the body, including the release cycle of hormones such as somatotropin (human growth hormone), cortisol (stress hormone), and melatonin (sleep hormone). And just like a normal clock, the internal body clock has its own process for “setting the time.” The mechanism is based on natural daylight.

When photosensitive retinal ganglion cells in the eyes collect information about ambient light patterns, the brain interprets this information and executes a shift in the phase of the circadian rhythm (see Figure 1). In normal conditions—that is, in the absence of any air travel across time zones—the shift is small and imperceptible.

Think of it like the daily adjustment you might make to an heirloom grandfather clock that runs slightly slow. In abnormal conditions (relative to our biology), the pattern of day and night of our destination time zone is significantly mismatched from that of our existing circadian rhythm. The circadian rhythm has become “desynchronized.” Mathematically speaking, the phase of the body clock is shifted relative to the phase of the diurnal daylight cycle of the new time zone. This phase shift is the familiar feeling of jet lag.

Jet Lag Illustrated
Jet lag is illustrated by the gray arrow in the figure below (Figure 2). The blue cycle represents the day/night rhythm of the new time zone, as well as the circadian rhythms of the local, acclimatized population. The orange cycle represents the circadian rhythm of the traveler who just arrived by air, exhausted and jet lagged. Note that the blue peak and the orange peak do not line up; the horizontal distance between them is the phase change that resulted from the flight.

So far, all of this probably sounds pretty familiar. But did you know that jet lag has another effect? It is known as amplitude softening, illustrated by the green arrow in Figure 2.

Tips for Coping With Jet Lag
Jet lag dissipates over time—generally about one day per one hour time zone crossed. In the meantime, it’s important to realize that your sleepiness/alertness cycle is both shifted and softened, and to take appropriate countermeasures to mitigate fatigue risk.

One approach may be to try to preserve your body’s original time setting by avoiding daylight exposure during your own biological night. You may also consider prioritizing sleep during biological nighttime hours for the crew that will be operating the flight home.

There are many factors to consider. At Pulsar Informatics, we specialize in modelling these factors and helping operators develop tailored approaches to managing fatigue risk in flight operations. Contact us to request a gap analysis to see how we can help your flight department.

Learn how James Cox and his team at Business Jet Access are using Fatigue Meter to manage fatigue risk.

Fatigue Facts: How Certain Medical Conditions Can Cause Fatigue Risk

A summary of the fatigue risk as it relates to personal medical conditions. 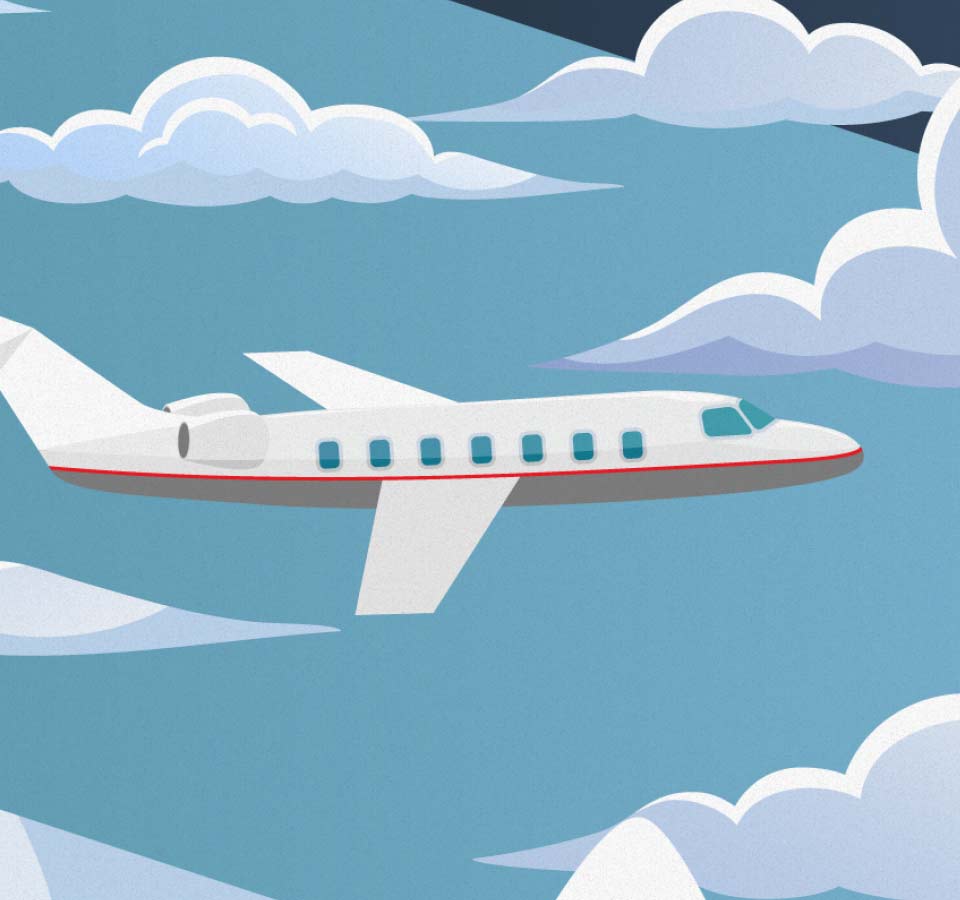